We took the unusual decision to dedicate a page to one person Amanda Todd. A 15 year old Canadian girl who took her own life one month after making this video. The video went viral with over 17 million views.

It is a sad story of one impulsive mistake 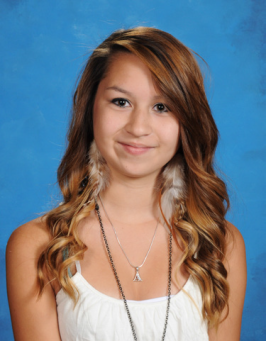 the message posted with the video - I'm struggling to stay in this world, because everything just touches me so deeply. I'm not doing this for attention. I'm doing this to be an inspiration and to show that I can be strong. I did things to myself to make pain go away, because I'd rather hurt myself then someone else. Haters are haters but please don't hate, although im sure I'll get them. I hope I can show you guys that everyone has a story, and everyones future will be bright one day, you just gotta pull through. I'm still here aren't I ?

My daughter, Amanda Michelle Todd, took her life at the

age of 15. It all started with a topless photo. She didn’t

know the person at the other end of her computer was

taking a picture. She didn’t know that he was showing it

to other men. Then she started to get blackmailed into

showing more of herself via her webcam. And if she didn’t,

then her image would be sent throughout the internet.

happening to her. She kept it to herself. This image and

what happened thereafter was the start to the emotional

breakdown of Amanda. The loss of her confidence, her spirit and her friends.

The embarrassment that followed was unbearable as was the name-calling, the slutshaming and the bullying online and offline that occurred. Eventually Amanda retreated into a shell, not being able to re-emerge as the girl she once was.

As a parent and Amanda’s mother, it is important to me that young people understand what can happen online and also how to protect themselves online.

‘So you got naked online’ is a resource guide that was developed in the U.K. but will still have impact with its clear messages anywhere in the world, even in Canada where Amanda lived. The issues and concerns related to technology use among young people remain the same everywhere. It doesn’t really matter where in the world we live.

We need to always tell our young people that it is okay to admit to making a mistake and then also to support them in talking to an adult. This action is so very important before things escalate. We all need to remember that making mistakes is normal and a part of growing up. The teen years is when a lot of these happen.

So You Got Naked online
Sexting-Toolkit2015.pdf
Adobe Acrobat document [2.5 MB]

This web site is

If you have any queries or suggestions for the website, would like to know more about Buddies4FC